I’ve been patiently waiting for a day that didn’t feature torrential rain and/or howling gales to take the photos for my November tree following post. Finally! Blue skies, still air, perfect. Rounding the corner to take the first photo, as expected, revealed a leafless hawthorn. 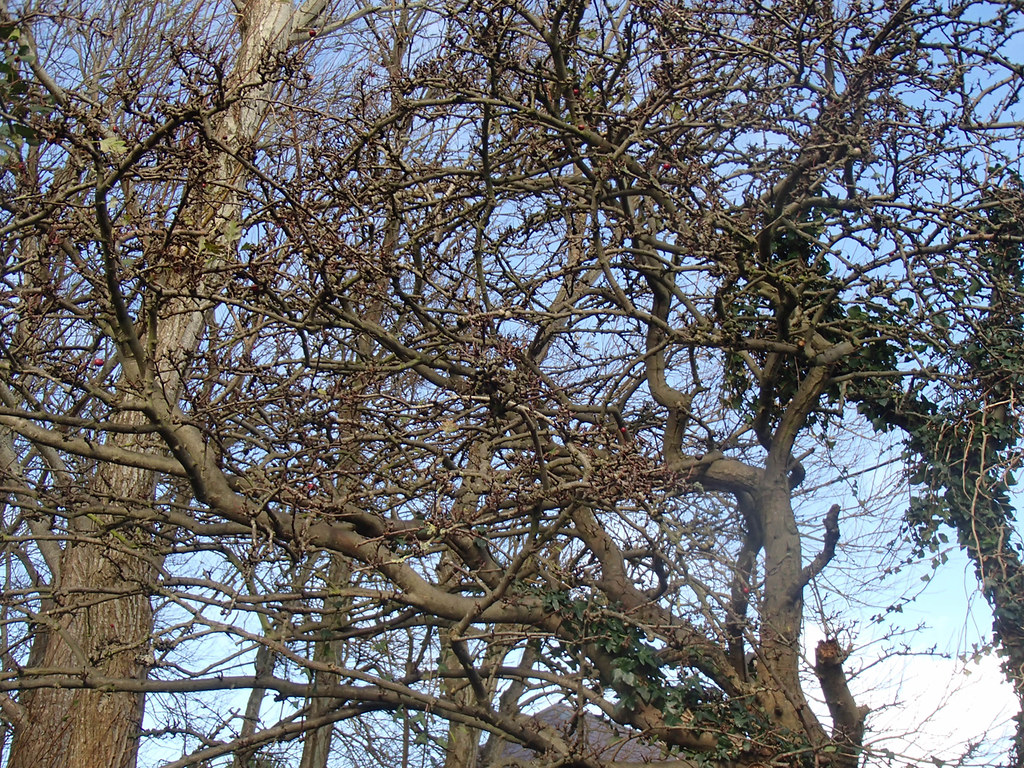 The beauty of this time of year is that the structure, the architecture, of the tree becomes clear. I love the gnarled ends to the branches. 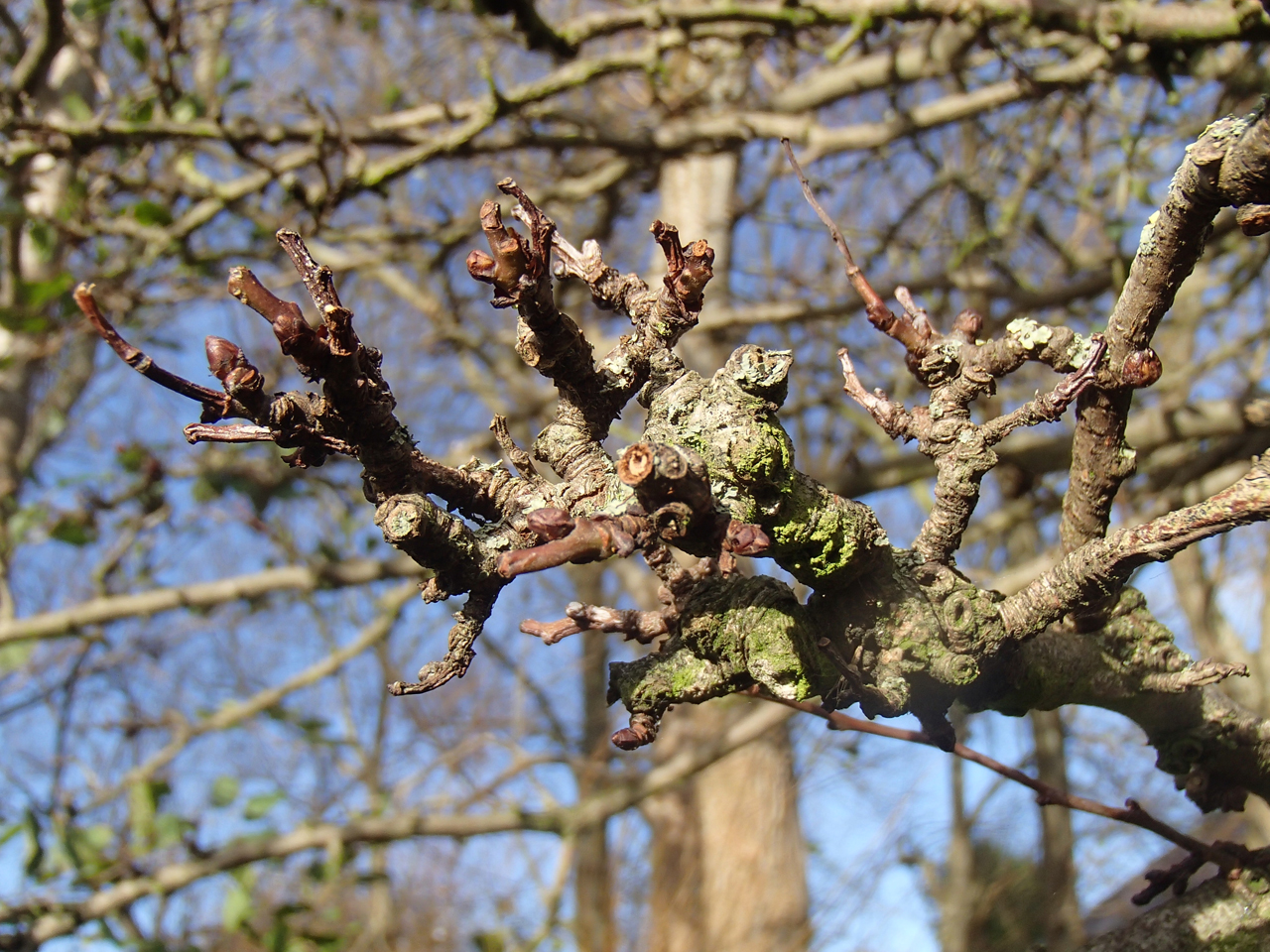 The bare branches form some fantastical shapes. I’m sure they wouldn’t look as good against a grey sky, but on a day like today they form wonderful pictures. 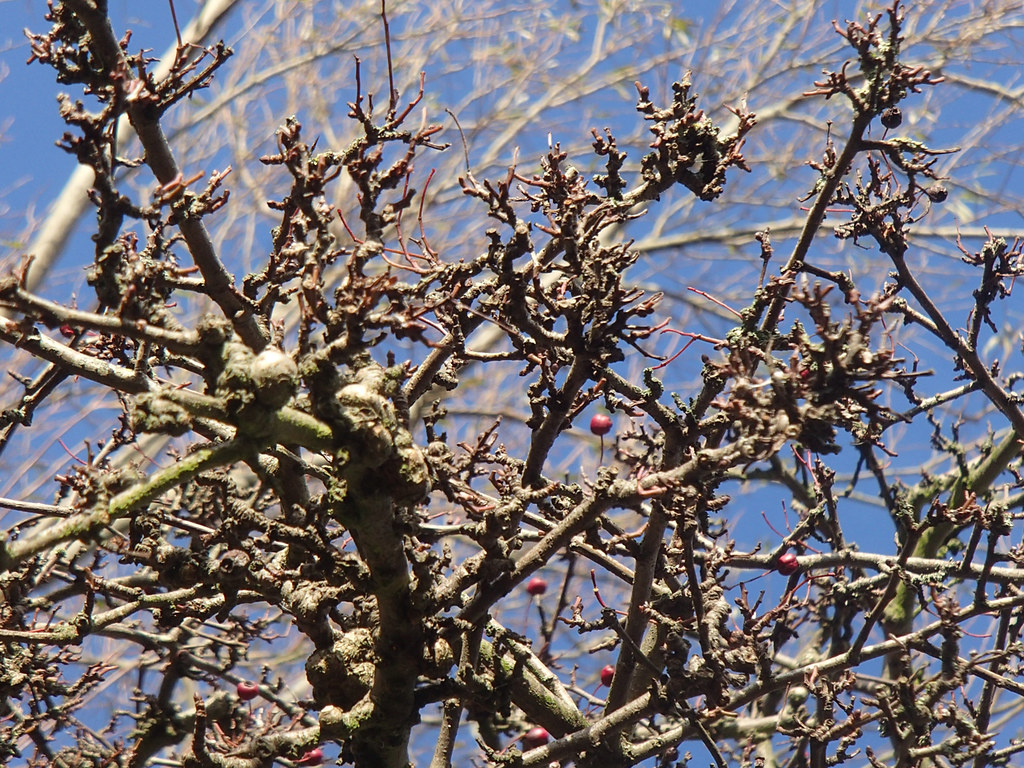 Of course, some of that structural interest is caused by crossing branches, of the kind you are always advised to prune out of ornamental shrubs and trees to prevent rubbing and the resulting damage. I think it is a little late to try that with this hawthorn… 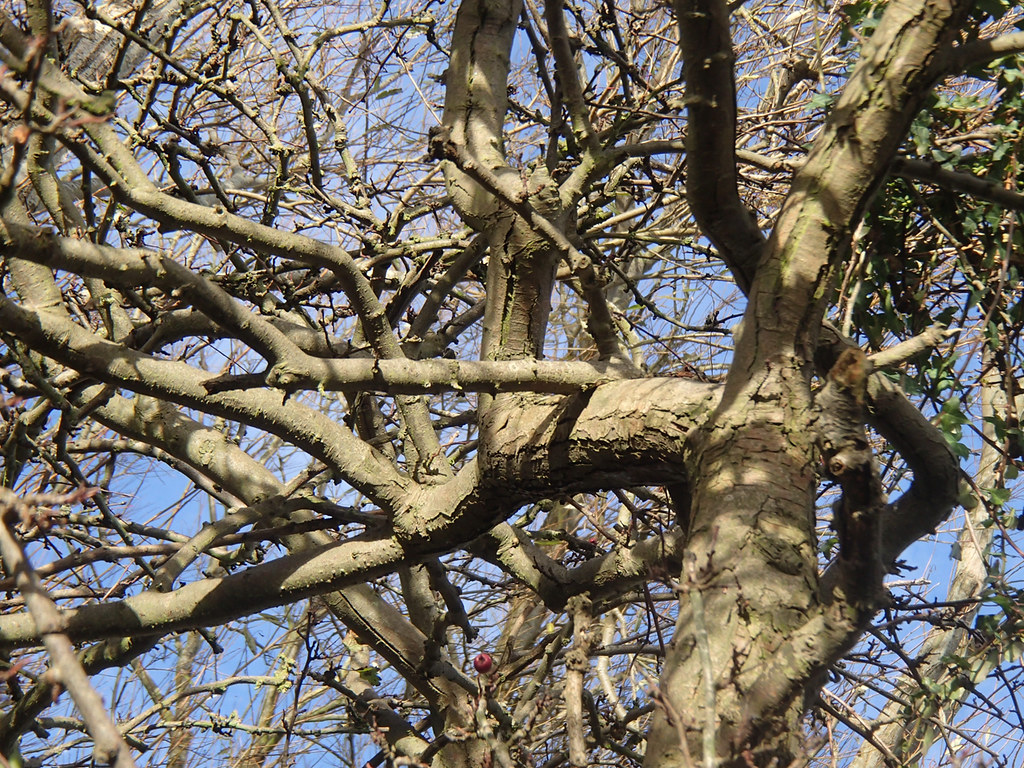 I’ve noticed that some of the lovely lichen that had been decorating the lower branches seems to have disappeared. I had to crane and stretch to get this photo of lichen on a higher branch. 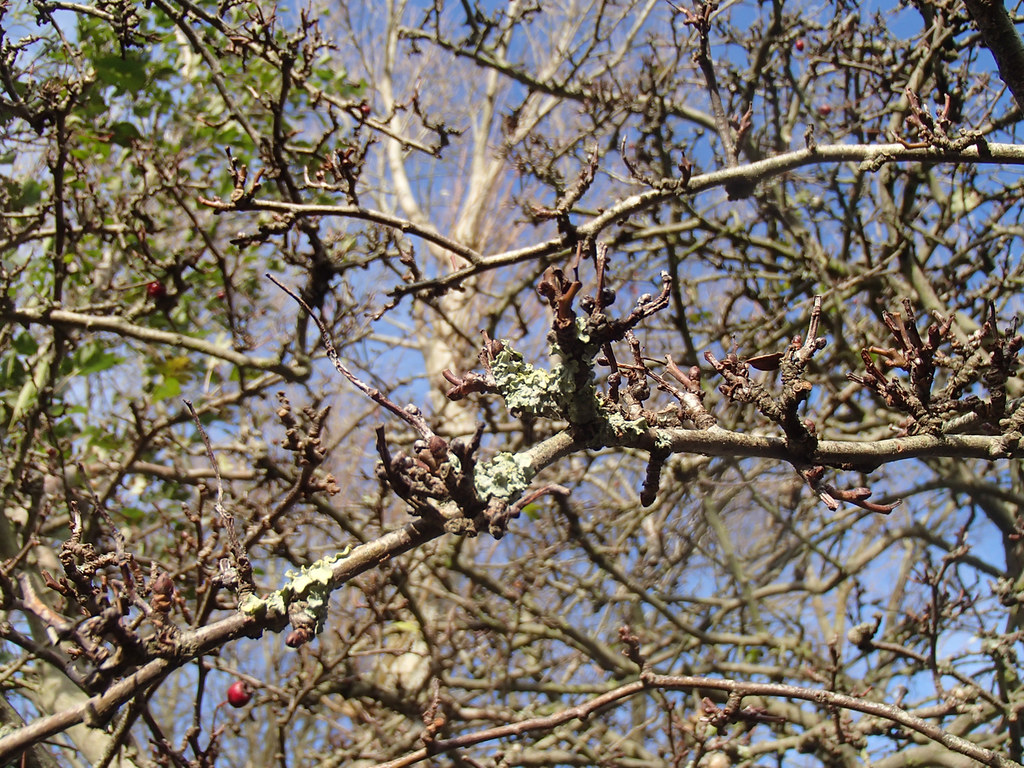 I was surprised to see how many berries are still lingering. They pepper the branches, very occasionally, like miserly Christmas Tree decorations. 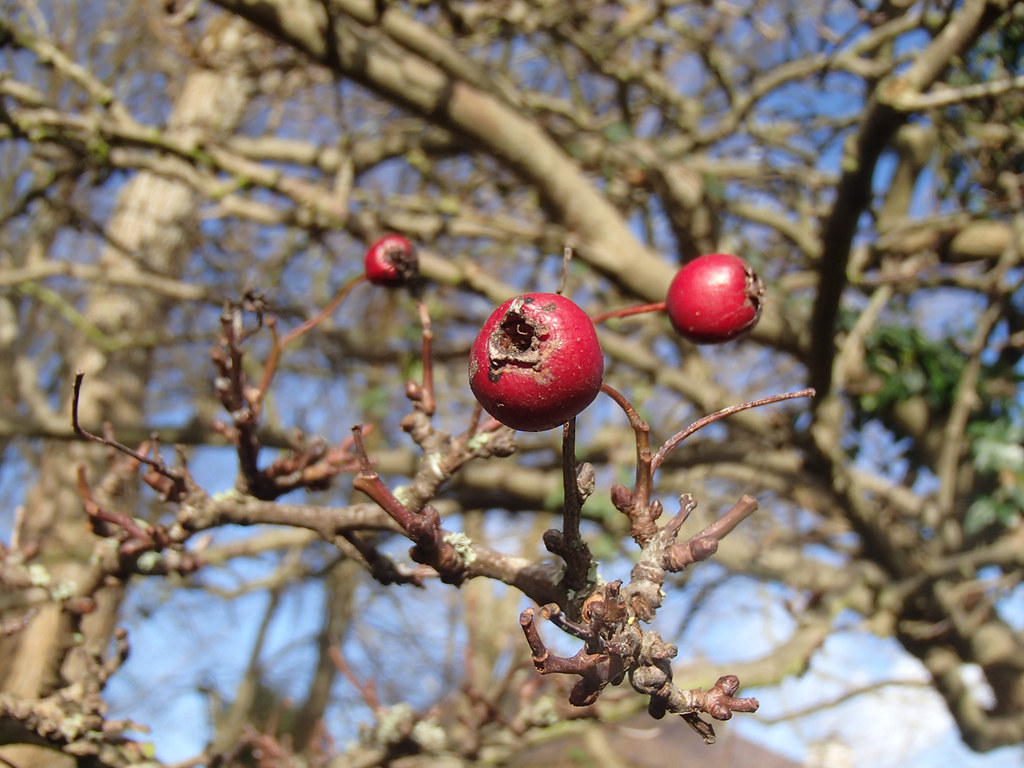 They show up wonderfully well against the blue sky, which makes me wonder why no birds have eaten them. Must be better eating elsewhere? 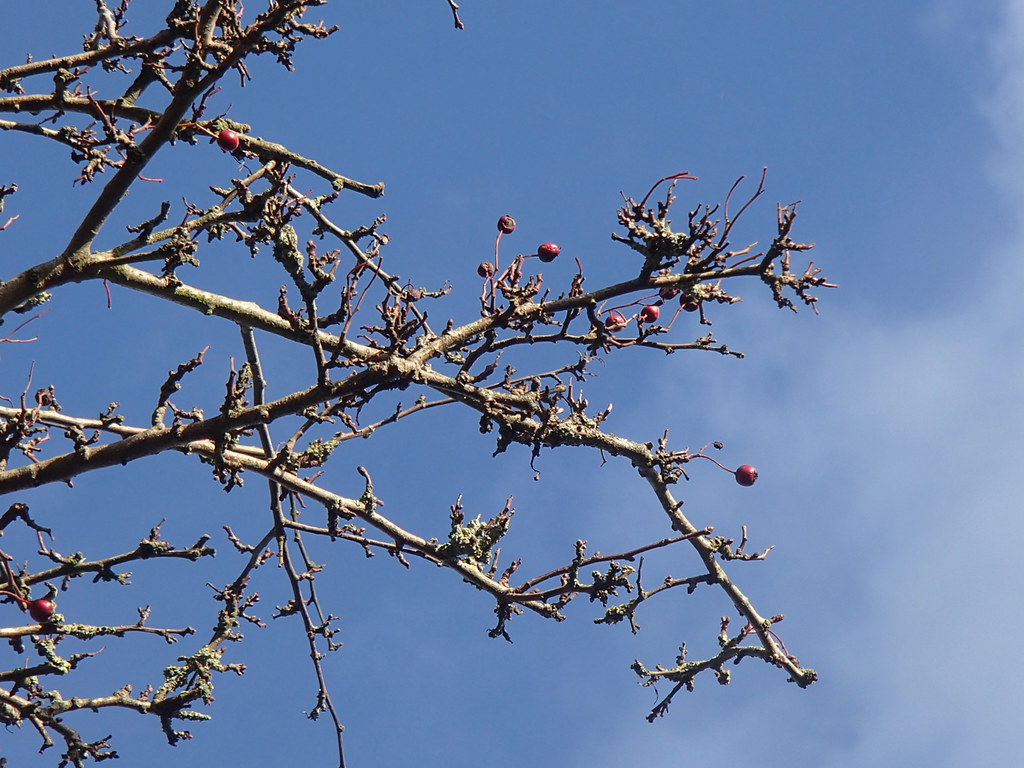 I got a little distracted, while searching for more good shots of berries against blue skies. Some of the many (many!) crows that appear in the park were sat on the branches of a neighboring willow, preening themselves in the warm sunshine. 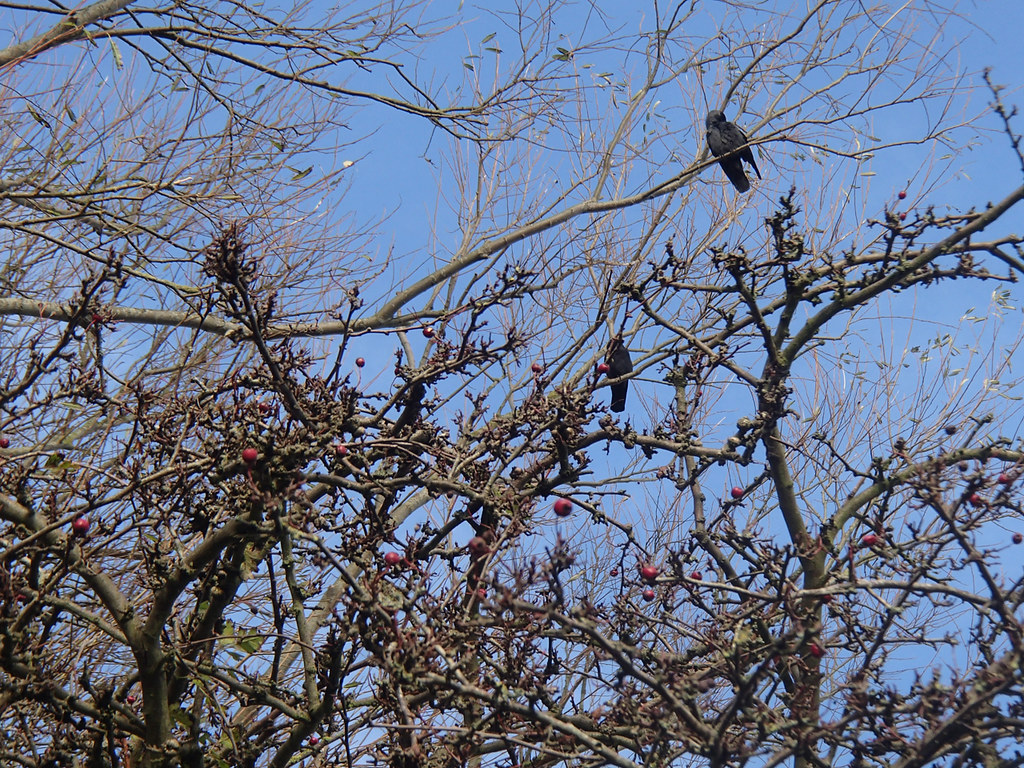 I found myself diverting my lens from the hawthorn in an attempt to capture better photos of the crow grooming. These look headless… 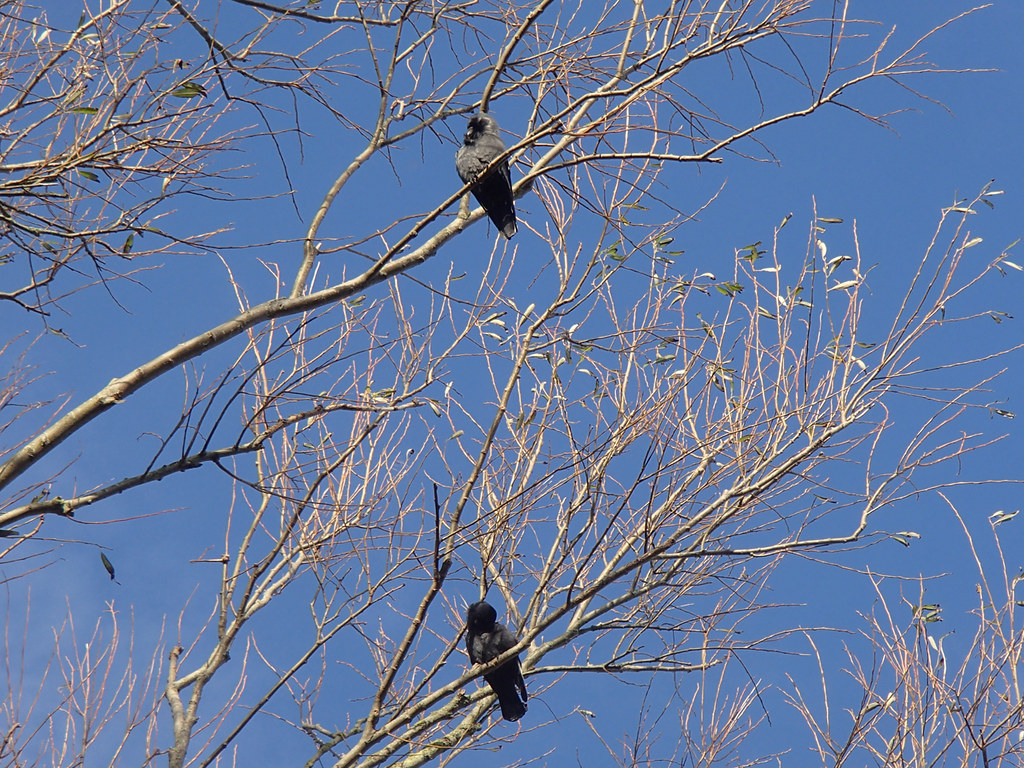 My attempts to capture a good shot of them pecking at their feathers, one that showed head and beak, proved a dismal failure. All I gained was a cricked neck. I did manage to capture this one using its leg instead of its beak. Sort of. 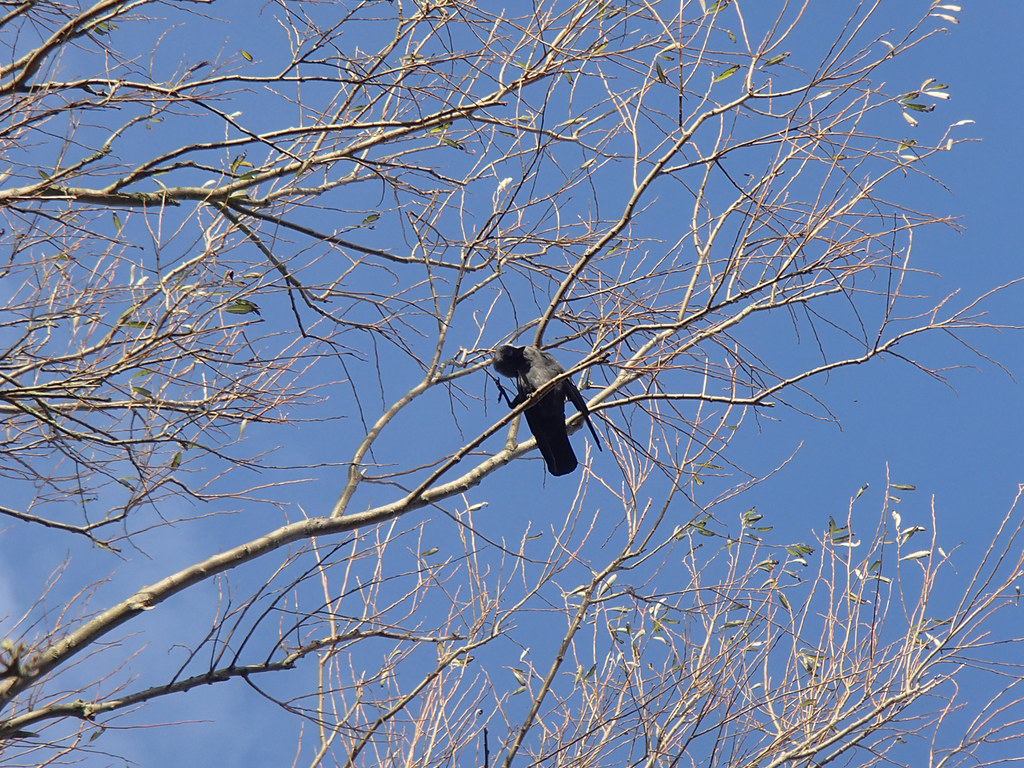 This pair was rather cute – not a word a usually associate with crows – as they were grooming one another. 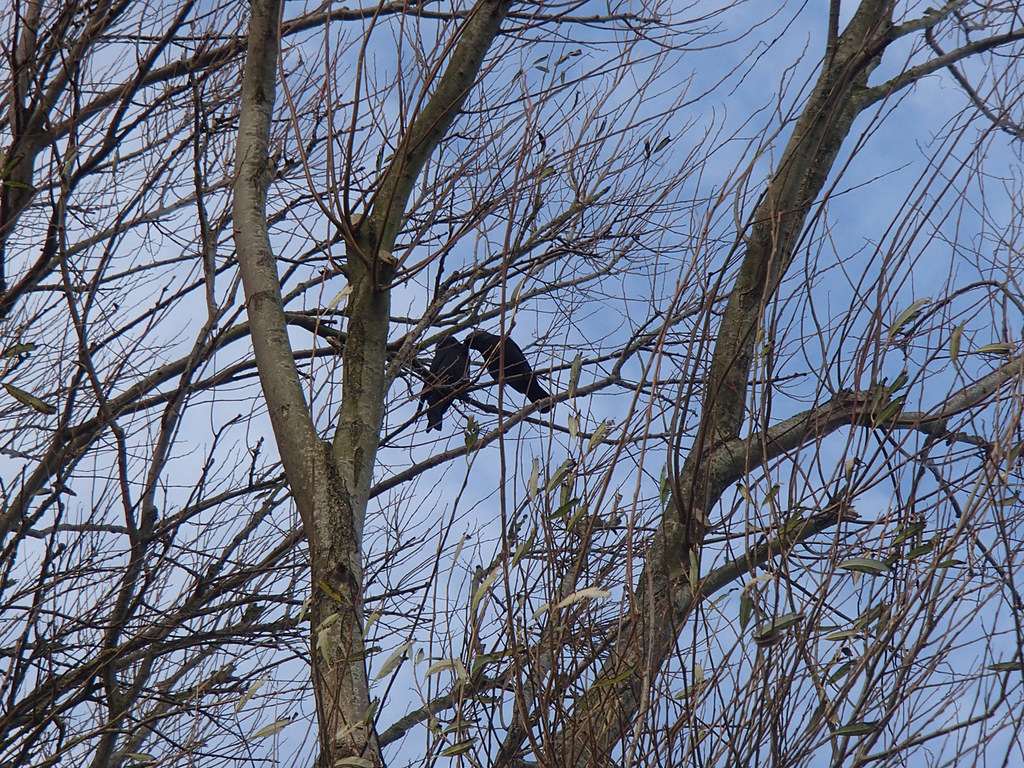 Anyway, back to the hawthorn! The bare branches reveal the stark contrast between the dead ivy strands from the “helpful” pruning by our neighbour and the lush healthy growth of the still-living ivy on the adjacent branch. 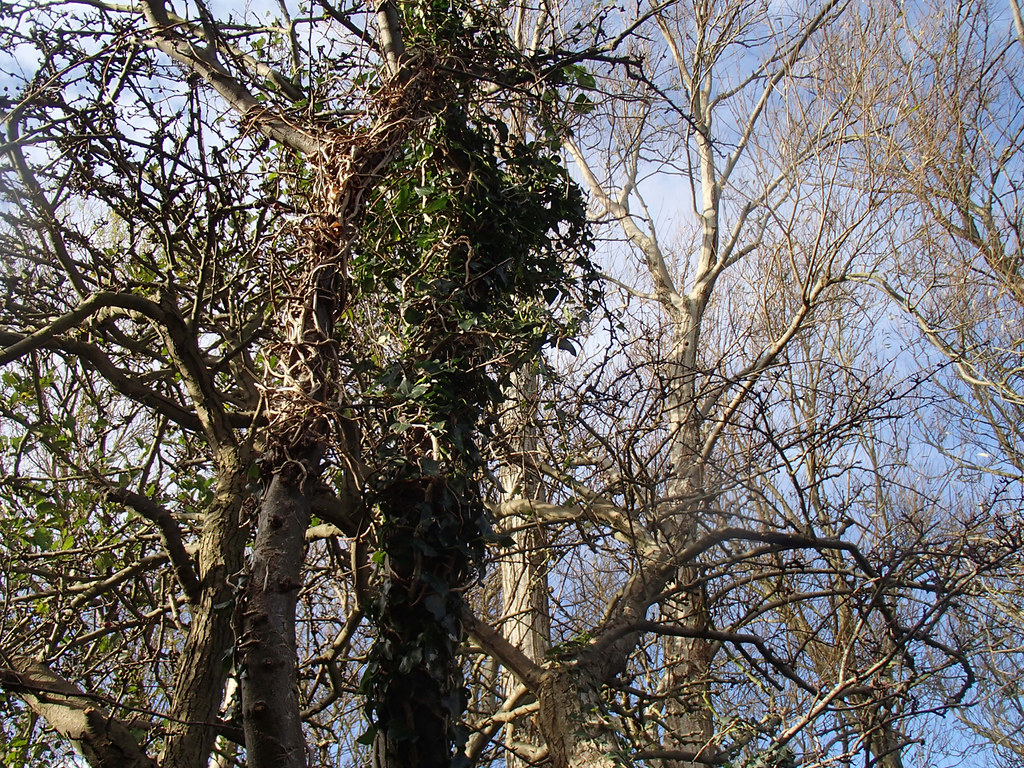 There’s even new growth still appearing on the ivy! I wonder how long it will be before the dead growth is covered by new living vines. Is “vines” the right term? Twining stems? Well, you get the picture… 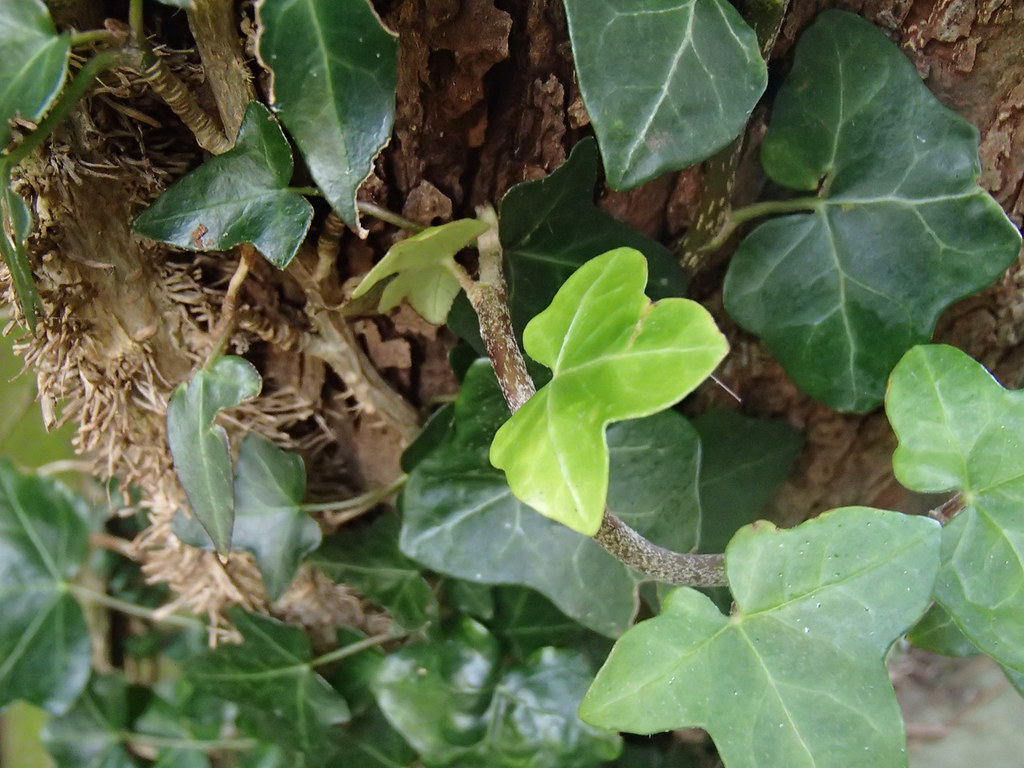 So that’s my hawthorn in November. I don’t imagine that it will change much now, not until the new growth starts to appear again next Spring. I am curious to see what happens to the lichens though. Will they re-grow over the winter months? Or will the lower branches remain comparatively bare?

Thanks again to Lucy for hosting this very addictive tree-following meme, do check out the links to other trees around the globe.