Vengeance. A dish best eaten cold. Or in this case, picked with petulant delight! Though I only have myself to blame. I’d promised myself never to grow Jerusalem Artichokes again. They taste delicious, but have an unfortunate effect on my digestive system. ‘Nuff said. But I got seduced into growing them again, forgetting that everything grows taller, faster, here. And I planted them in the L-shaped bed before I realised that the wind sweeps down the hill from the top of the park, swoops over the roof of the fitness center, misses the first third of the back garden altogether, only to hit the middle with strange, vortex-like forcefulness. So the Jersualem Artichokes have grown to well over 2m tall, and unlike on my windy allotment site, have collapsed. 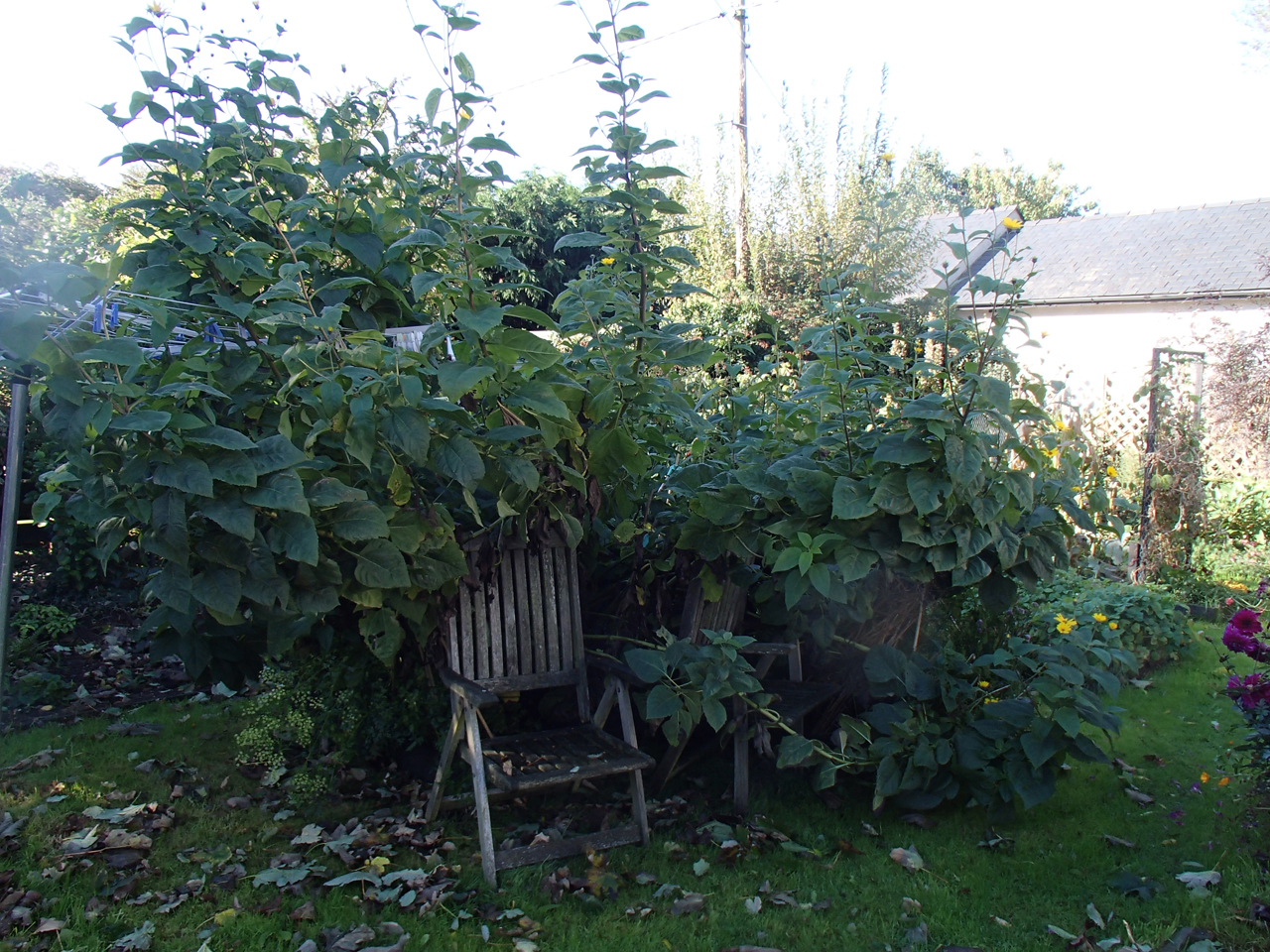 But they do have lovely golden yellow flowers, and cutting them is supposed to focus energy back in to tuber development, so clearly it was my moral duty to pick the ones I could reach… 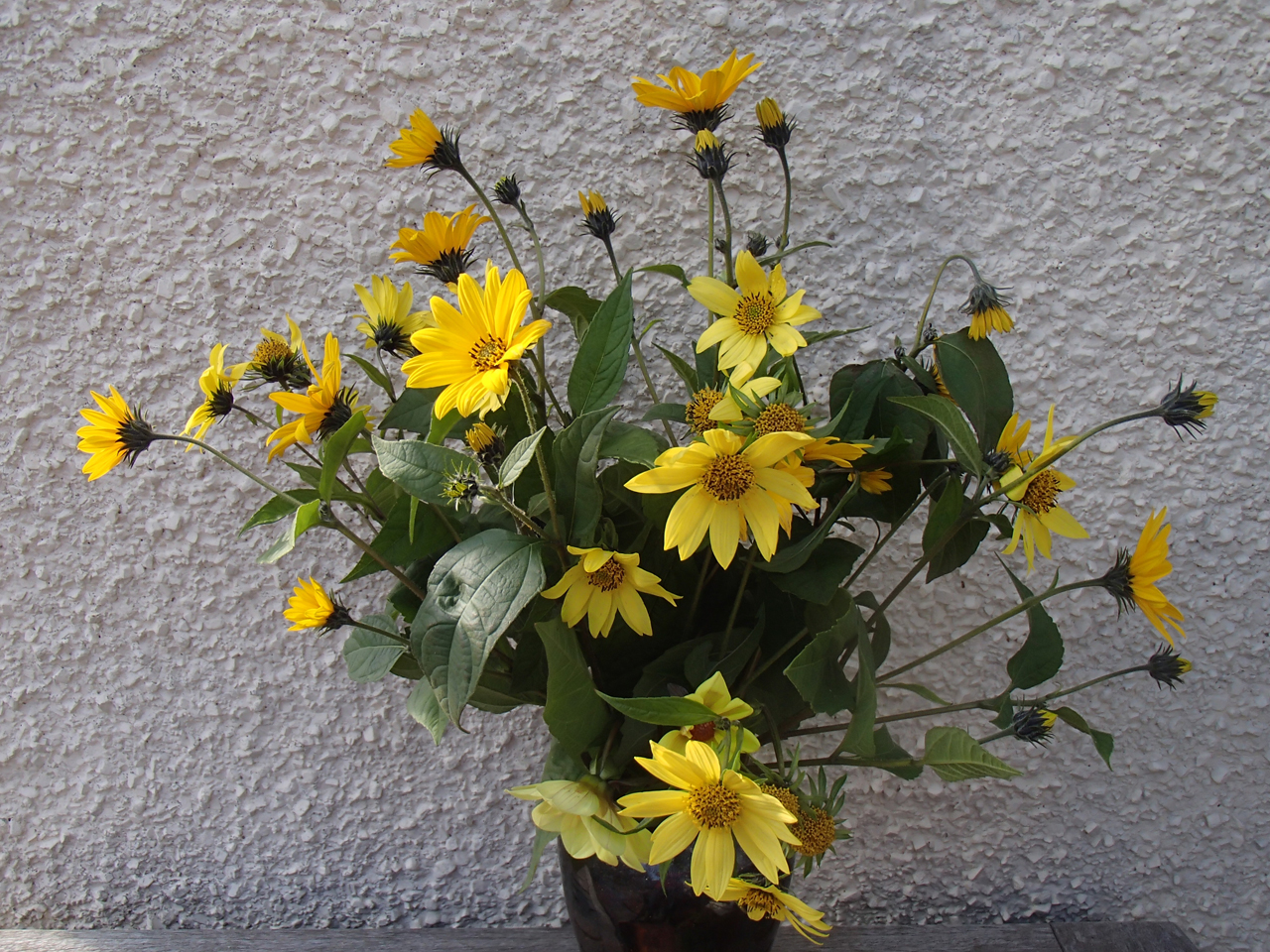 You can’t really tell from the photo, but there are actually two different shades of yellow on show here, as I partnered the Jerusalem Artichoke flowers with some paler lemon daisies from the Helianthus ‘Lemon Queen’. No particular finesse involved, I pretty much just cut them and bunged them in my brown vase, but I am rather pleased with the result. The arrangement now sits on my sideboard, and makes me smile (albeit somewhat wryly) every time I pass it.

I cut the flowers as part of an hour or so tidying up the kitchen garden, in expectation of a delivery of plug plants. In the process I dead headed the dahlias, so of course that lead to picking of dahlias, but for once I was a tad uninspired. I tried various companions, in terms of foliage and contrasting flowers, but wound up with a darkly mysterious cluster of pink ‘Le Baron’ complemented by a few of the wonderful ‘Karma Chocolate’ and some scarlet ‘Bishop of Auckland’. It looks OK close up. 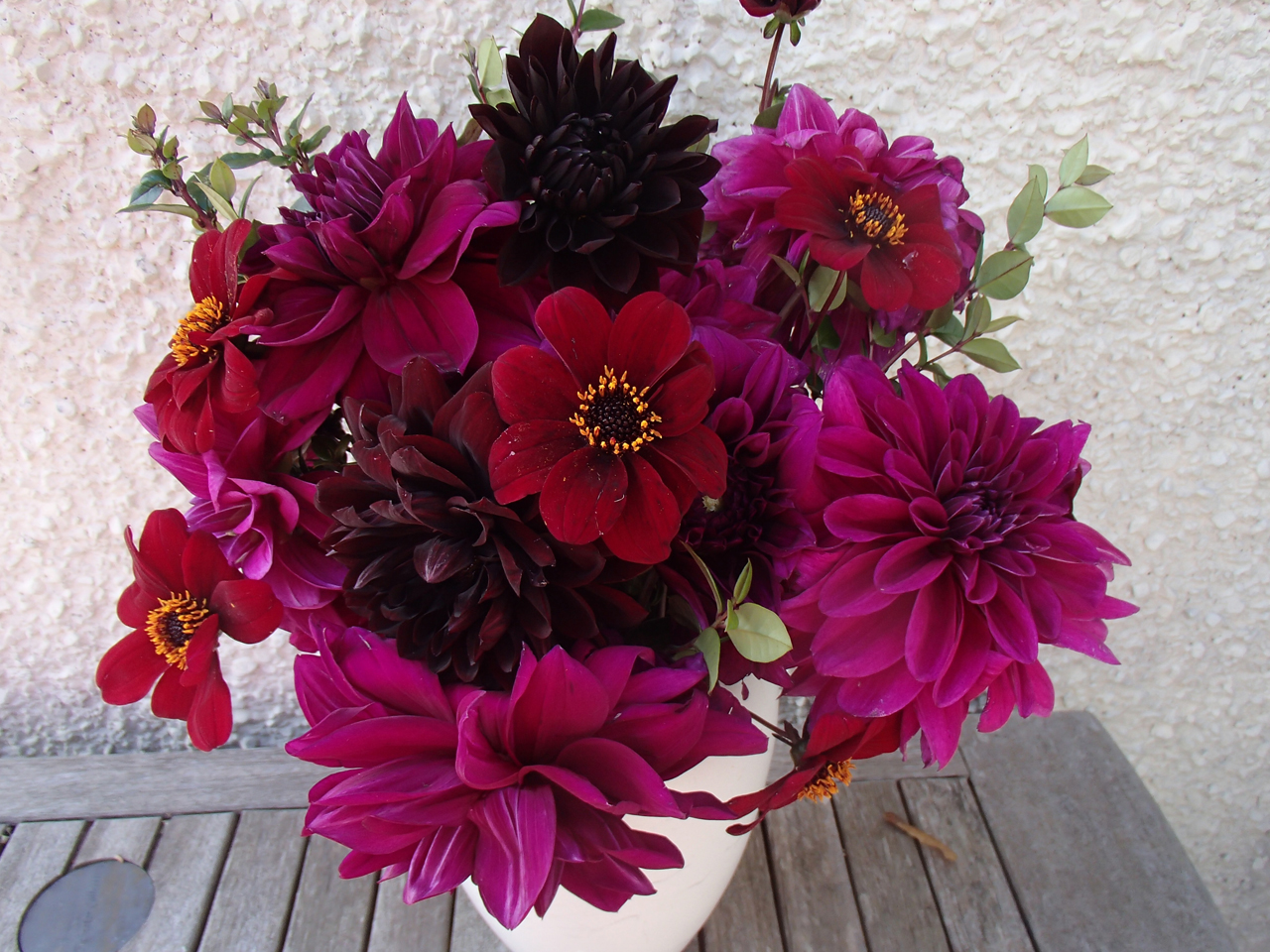 Stand back, though, and you realise that I definitely need a shorter, bulbous vase to complement the sort of bulbous arrangement that dahlias seem to lend themselves to (when not partnered with other things to add height and frothiness). 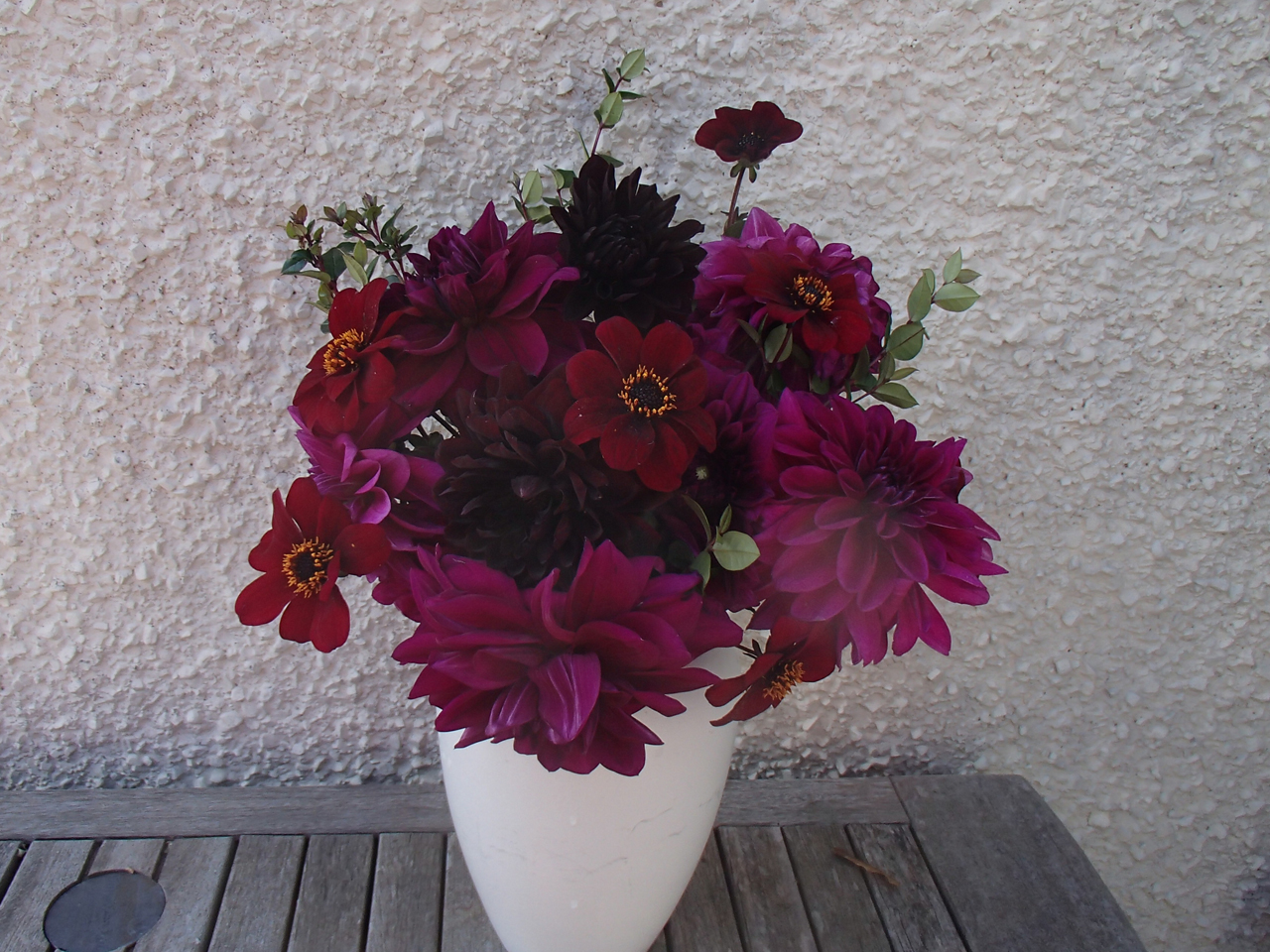 I like having a cast iron excuse to look out for a rounded, sort of squat vase with a pinched in neck and a small flare above, which I think would be perfect for this kind of arrangement. My thanks to Cathy for hosting the lovely “In a Vase on Monday” meme, do check out the links to lots of lovely floral experiments, she has gathered an impressive following for this weekly challenge.