Last year I bought some dahlia tubers from Peter Nyssen and planted them out in the little border that edges our patio. I enjoyed them all summer, and then decided to see if they would survive the winter if given a good mulch. I forgot the mulch. I kept my fingers crossed, because it was a mild winter. I waited. And waited. Nothing. So I left the self-sown feverfew to fill the space instead.

Come mid June I was getting fed up of being attacked by the feverfew as I walked past, and decided to get rid of some of it. At which point I discovered something that looked suspiciously like a dahlia shoot. I was ecstatic – one of my dahlias had survived! I cleared more feverfew. I discovered more little dahlia shoots. Very, very small dahlia shoots. I had no idea whether they would ever grow into actual plants, let alone flower. At that point I just hoped they would bulk up enough to get through another winter. It took them a while. To late August, to be precise. But they did start to flower. ‘Bishop of Auckland’ first, and most prolifically. Then ‘Le Baron’, which has grown into a huge plant and is covered in buds. ‘Karma Chocolate’ and ‘Bishop of Oxford’ were latecomers, and the latter has been rather pathetic, if beautiful, but I have dahlias in the garden after all. Just in time for the first frosts and what is promised to be a hard winter… So I figured I’d better enjoy them while I could. But not on a Monday – sorry Cathy!

I only had three blooms on ‘Bishop of Oxford’, and all on very short stalks, so I put them in my tiny bargain brown bud vase. 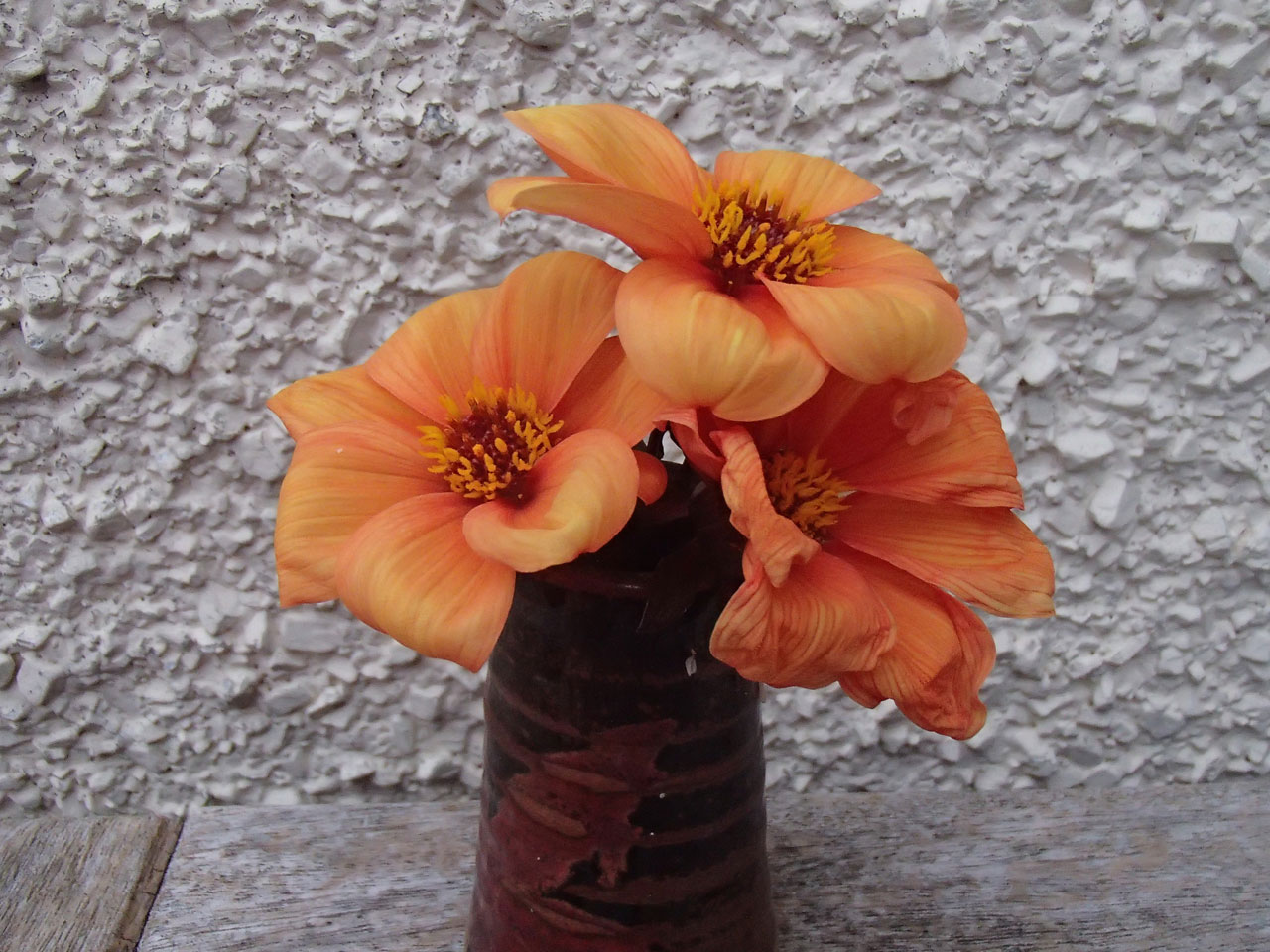 The vase took its place on my desk, at which point the petals on the third “you’re really pushing your luck now” flower dropped. 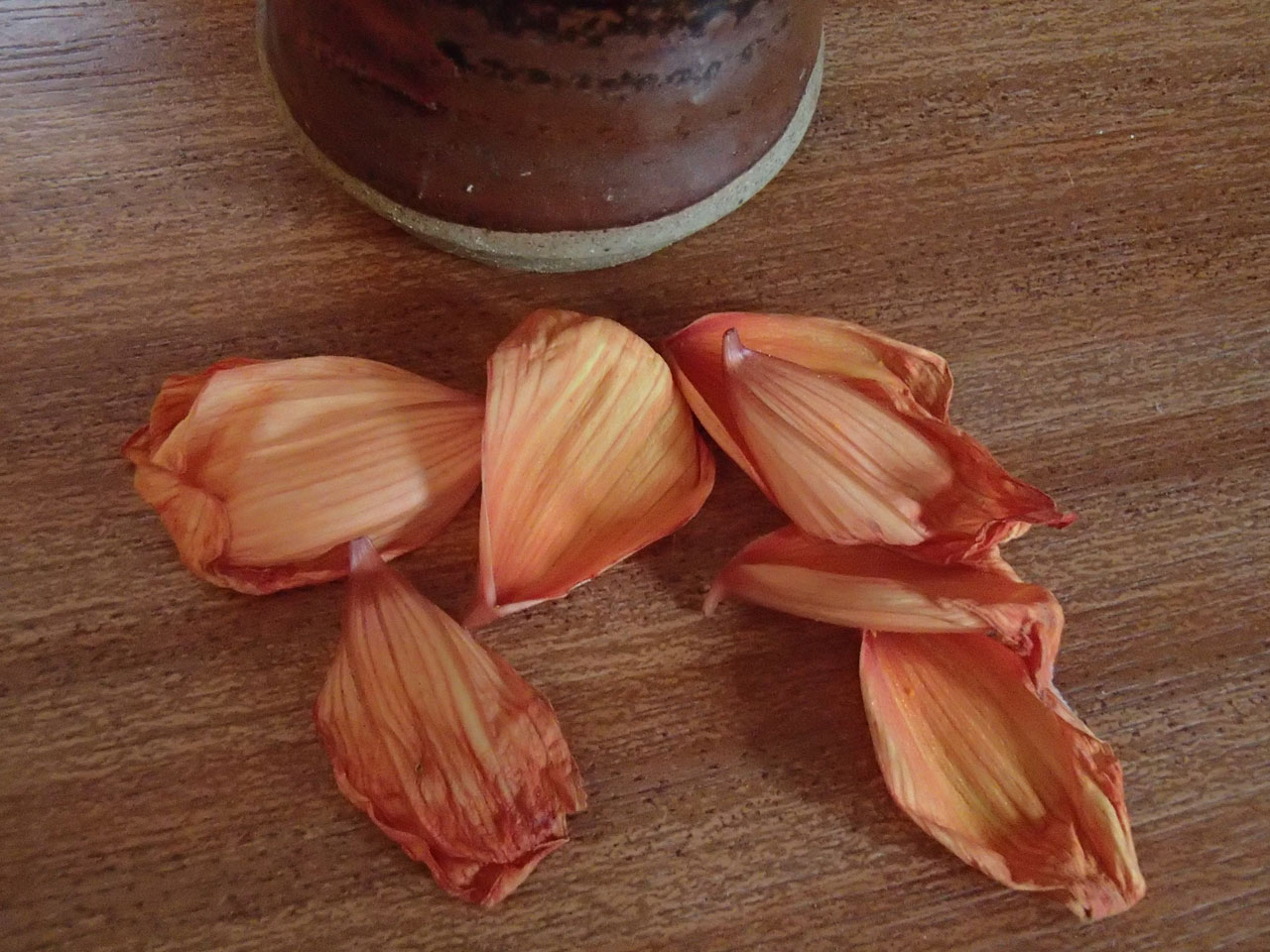 I’ve left them there because (a) I’m lazy and (b) they look pretty!

*OK, so quite a few words as it turns out…